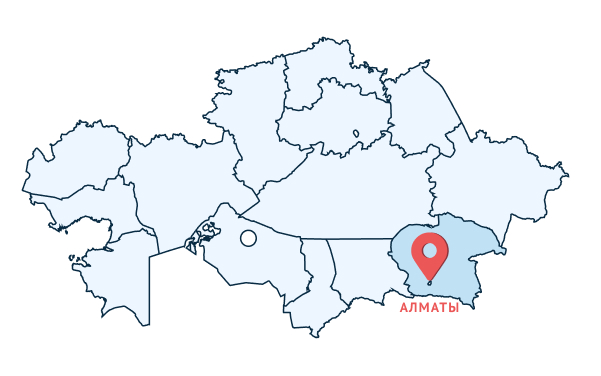 TOUR PROGRAM:
05:00 – After meeting with a guide and boarding an excursion transport You will depart from Almaty to the station of cosmic rays researching, which is situated at the altitude of 3336 m above s.l.
You will be moving towards mountain reminds a pyramid, which can be noticed from any district of the city. It delusively seems the highest one because of it’s close location to the city – it is Big Almaty peak. (3681 m.a.s.l.). The road to the gorge will be going through the short tunnel of anti-mudflow dam, which was built in 1977. After passing dam view to the landslide “Stone Flower” will be opened. It appeared after one of the strongest earthquakes in 1911.

The slopes of Karabas hill had fallen into the gorge and after some time formed here beautiful canyon where afterwards trees and bushes were grown. Wild apricot, walnut, apple trees and wild roses are grown here. At the foot of canyon there is the nursery “Sunkar”, where rare birds of our region as golden eagles and falcons are raised and kept.

Moving up to the gorge You will be surrounded by magnificent mountains and forests of Tian-Shan spruces. After passing sequence of steep serpentines we will get to Big Almaty lake at an altitude 2500 m above s.l.

Lake appeared about 2000 years ago because of the earthquake. The landslide fell from Big Almaty peak and formed essential dam, lake was appeared behind it. Nowadays pure water from the lake is used for the supply part of Almaty city with drinking water.

You will continue to move uphill and make stop at the check post. You also could see building of the mountain observatory there. You will continue moving up by car and get to the start point of our route – part of the road 2,5 km not reaching “Cosmo-station”.

06.30 – arrival to the start point of the route. Preparing equipment for the route.
07.00 – start the route on ski-tour (split board or snowshoes). We will be moving to the left side from the road towards Tourist pass, which is situated between two summits – Turan peak and Tourist peak. Ascent will take about one and half hour. Elevation till the pass will be 715 metres.
08.30 – 09.00 – after getting to the pass we will have a break, eat snacks and drink tea. View to Karnizniy or Satpaev peak 4075 m. and Almaty-Alagir 4225 m. summit will be opened from here. We will continue ascent along the ridge to Turan peak. It will take no longer than one hour.
09.40 – 10.00 – reaching the top of Turan peak or as it was named in the past – peak of Institute of Nuclear Physics. Posh panoramic view will be opened for us from the peak. Summits of Small Almaty spur and Talgar peak will be well seen from the left side in the east. Soviet peak (Satpaev peak nowadays), Soviet Alpinists, Young Guard to the fore. Lake (Ozyorniy), Choibolsan, Kuderin, Leninskaya Smena, Legostaev, Science peaks to the south. Preparing equipment for descent.

The summit is located in the Big Almaty Spur to the east of Tourist Peak and north-east of Momyshuly Peak (formerly Karniznaya). Height is 3960 meters. The peak belongs to the Almaty Alagir mountain range. The former name is INP (in honor of the Institute of Nuclear Physics). Later it was renamed in honor of Turan University.

10.00 – 10.30 – beginning of descent from the peak. Line of descent will be defined on the assumption of snow conditions and quantity of snow. It will be possible to make descent from the top of the peak in narrow couloir or on wide slope from the right side of ascent’s line. Descent can be made till the road where the route has started. Driver with the car will be waiting over there.
11.00 – 11.30 – transfer back to Almaty city.
12.30 – 13.30 – lunch in local café in Almaty.
13.30 – transfer to the hotel.

* At the client's request, the program can be extended to 3-5 days. Continuing the radial exits to the tops of the location next to the space station. Accommodation in comfortable warm guest house. 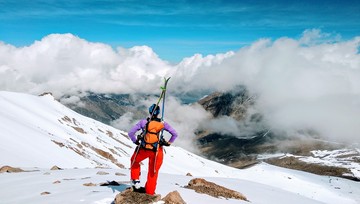 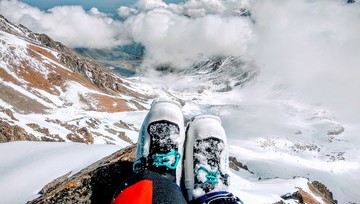 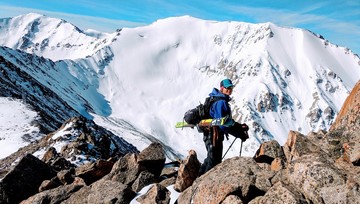 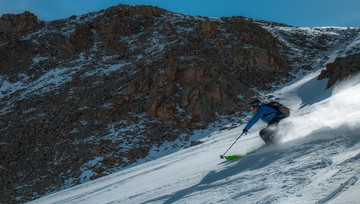 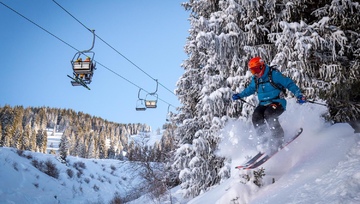 A one-day itinerary for lovers of skiing on unprepared slopes. Full immersion in the atmosphere of freeride. If you are lucky enough to get under the fresh snow - a portion of the coolest powder will ... 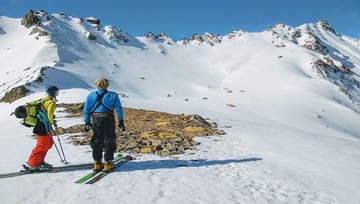 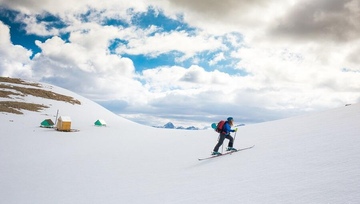 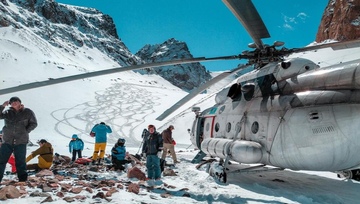 Heli-skiing among the Glaciers of Trans-Ili Alatau

One-day heli-skiing program in the ice kingdom of Almaty Highlands. If you are an experienced bold freerider and ready to test yourself at an altitude over 4,000 meters, then this adventure is special... 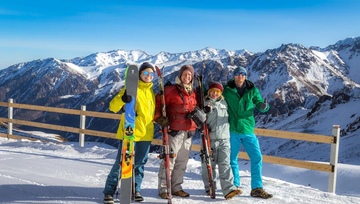 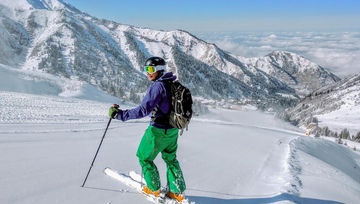 Winter program around the most attractive ski resorts near Almaty in combination with a sightseeing tour of the main sights of the southern capital, acquaintance with the ancient culture of nomads, cu... 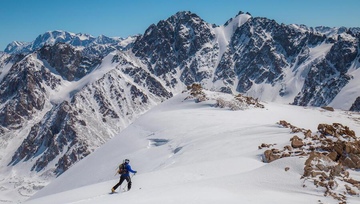 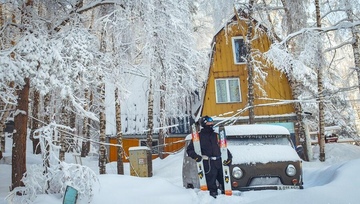 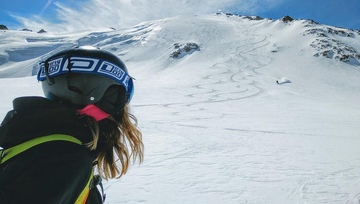