Private tour price depends on the number of people in the group, including children aged 16 and over. A child participates in the tour at the price of an adult. The price (per person) indicated below is for a group of 2 persons. 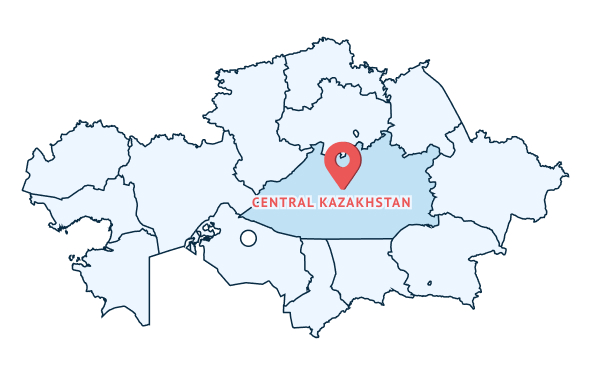 GENERAL INFORMATION AND BOOKING TERMS:
Tour Rates Include:
return airport transfer, transportation in a comfortable air-conditioned vehicle; professional English-speaking guide service, twin or triple accommodation in the hotels, environmental and admissional fees and tickets, meals according to the programm, drinking water, individual security equipment on the territory of the test site (respirators, shoe covers)
Tour Rates Exclude: accommodation in the hotel in Nur-Sultan and Karaganda before or after the tour (if required), Visa support and registration in the territory of the Republic of Kazakhstan (if required), insurance policy, personal expenses and other expenses not indicated in the program,.
Booking Terms: Full payment is required for tour reservation. Accepted methods of payment: cash in local currency, wire transfer, bank card.
Cancellation Terms: 50% of the tour price is not refundable in case of tour cancellation less than 7 days before tour departure date. Tour price is not refundable in case of tour cancellation 24 hours or less before tour departure time, as well as in case of no-show.
Group size: minimun 1 person4 people, maximum — 5 people

After arrival to Astana, the capital of Kazakhstan, You will meet with your guide at Nur-Sultan International airport. Them You will be transferred to the hotel for accommodation and breakfast. Today`s program provides a half-day excursion around the city, including sightseeing at objects of Soviet period: Memorial of victims of political repression, Presidential Center of Culture, Congress-Hall, Yesil hotel, Pioneers’ House, National Security Committee, Oktyabr cinema, Molodezhniy palace, steam locomotive monument and the new administrative center on the left bank of the river Ishim. After lunch the route of the tour will lead You to the Akmol (Malinovka) village to the museum of the former ALZHIR correctional camp. After that You will return to Nur-Sultan, have dinner and rest.
Overnight in a hotel in Nur-Sultan 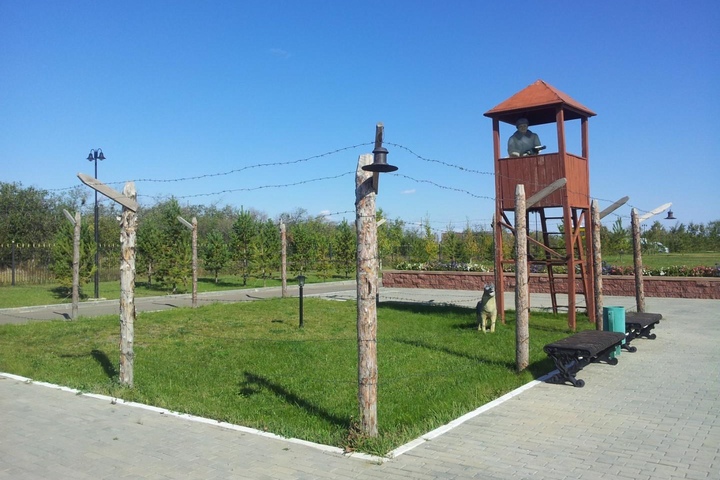 "ALZHIR" is Akmola camp for the wives of traitors of Motherland - one of the largest camps of Soviet women and one of the three islands of the "Gulag Archipelago". According to incomplete data, the number of repressed exceeded 18,000 convicts. Women from all over the USSR were brought here. At the entrance to the museum there is “Arch of Grief”, and further are two compositions "Despair and Powerlessness" and "Fight and Hope" – in memory to the families forever separated by cruel time. The tunnel, where on the walls represented the tragic moments of parting with children, cruel and unfair court of the Three, a prison cell and a punishment cell, helps to plunge into the atmosphere of repressions. The exposition of the museum is located on hall perimeter, that involves the visitor in a vicious circle and immerses in the historical past of Kazakhstan.

After breakfast in the hotel and check-out You will depart to Aksu (440 km, about 6 hours on the way). Upon arrival in the city, You will have lunch first and then visit the square where Soviet era monuments are collected. Then You will move to Kurchatov (195 km, about 2.5 hours), where You will first be accommodated in a hotel, and then go on a walking tour of the city - the former centre of the Semipalatinsk test site.  During the tour You will see General dDrectorate of the National Nuclear Center, National Security Committee building, house of Lavrentiy Beria, abandoned part of the town.
Overnight in a hotel in Kurchatov 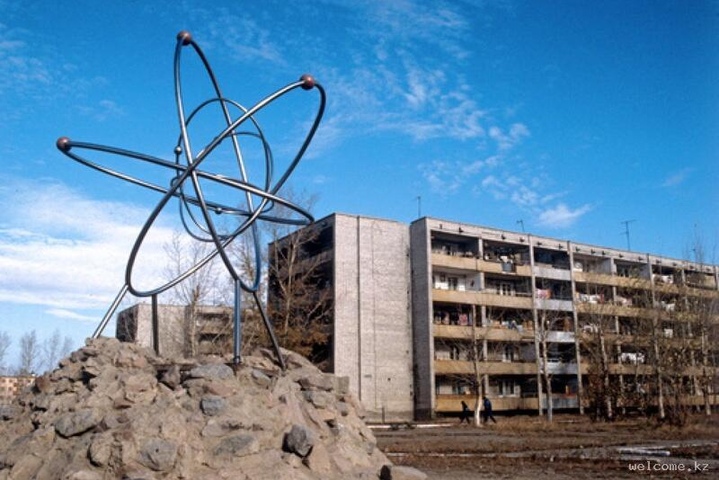 Situated on the bank of the Irtysh River, the city of Kurchatov is named after Soviet physicist Igor Kurchatov, who lived and worked in this city and together with other scientists “forged” Soviet nuclear shield. Kurchatov is a former center of the Semipalatinsk nuclear test site, closed in 1991. The city is located 45 km away from the experimental field, where the first atomic and thermonuclear bombs of USSR were tested. In Soviet times the city was closed, with to the strict access control, barbed with wire around the perimeter, and depicted on the maps as railway station "Ending" (Konechnaya). After the collapse of the Soviet Union number of troops in the city was reduced sharply, and its population decreased. As a result - many houses have been abandoned, the soldier's camps are completely become empty, and its objects, including the ones of the remarkable architecture, were sold and later demolished.

Breakfast at the hotel. Excursion to the museum of the test site. Lunch. Trip to the “Experimental Field” test site (4 hours), where the first nuclear explosion was made in 1949, with short-term stay on the spot. Return to Kurchatov. Lunch. Excursion to the ghost-town Shagan, where the aerodrome of long-range aviation was situated (about 3 hours). Return to Kurchatov. Dinner. Overnight in Kurchatov.
Overnight in a tent camp 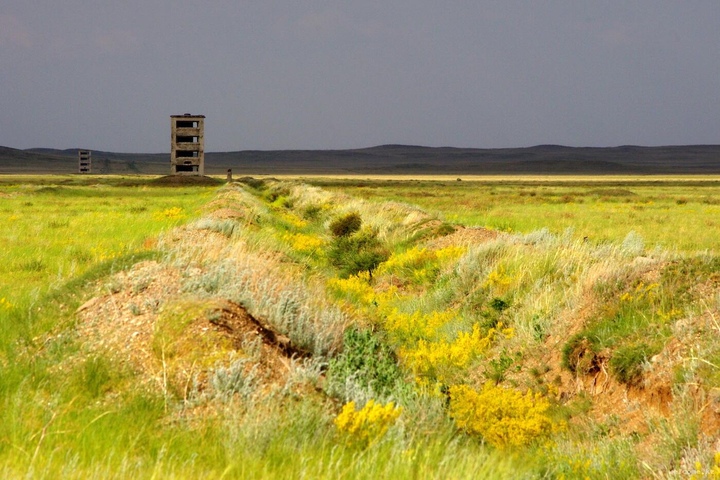 The "Opytnoye Polye" was the first test site at the Semipalatinsk test site and was designed to conduct atmospheric nuclear testing between 1949 and 1962. The site was a large-scale complex of engineering and construction facilities designed to test and record the parameters of a nuclear explosion in a full-scale experiment. Of the half a thousand trials at the Semipalatinsk site, the most significant were probably three: RDS-1, RDS-6s and RDS-37, and the latter was the apotheosis of the Semipalatinsk site, and it was the latter that became the apotheosis of the Semipalatinsk test site. To date, fragments of instrument and fortification facilities with traces of nuclear explosions have been preserved. The entire complex of Opytnoye Polye site is still a unique monument of the nuclear era.

After breakfast and hotel check-out You will go further on your tour route. Today You will move to the Bayanaul National Nature Park. A lunch stop will be made on the way. Upon arrival at the park, You will have accommodation, dinner and rest.
Overnight in the park

The Bayanaul State National Nature Park was established in 1985 as the first national park in Kazakhstan. It is located in the south of the Pavlodar region, 100 km from the city of Ekibastuz and is one of the specially protected natural areas of Kazakhstan. Bayanaul is one of the favourite destinations for tourists. Of particular interest to tourists are individual rocks and stones that have taken on bizarre shapes as a result of centuries of wind and water treatment and sometimes resemble animals, people or even a truck coming down a mountain. One of the local attractions is the "sacred cave" (konyr auliye). It is believed that anyone who enters the cave and makes a wish by touching its wall with his or her palm and then comes out without turning his or her head to the exit will have a wish.

After breakfast You can go on a small excursion to the mountains if you wish. After lunch You will leave Bayanaul and go to Karaganda (290 km, 5 hours). Upon arrival in the city, you will first be accommodated in a hotel, and then a city tour awaits You, during which You will see the Monument of Lenin, the Pitmen's Palace of Culture, the Stanislavsky Theatre, the City Akimat, the Chaika Hotel, the Monument to Nurken Abdirov and the Circus. You will also visit the industrial part of the city and the Old Town. At the end of the tour You will have dinner and return to the hotel.
Overnight in a hotel in Karaganda 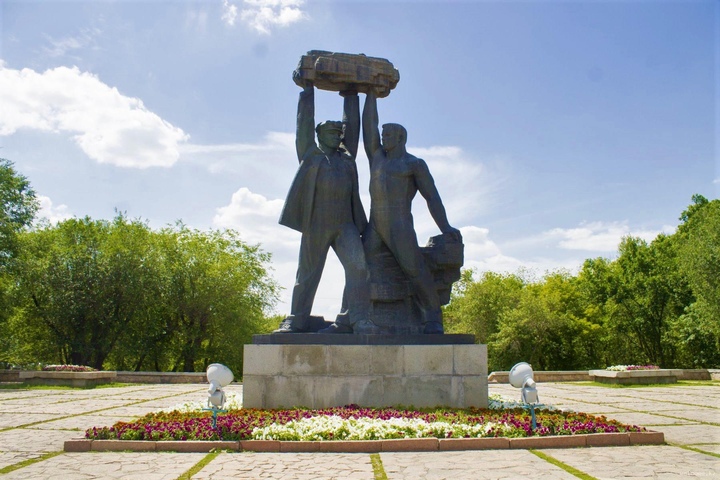 Karaganda is the fourth largest city in Kazakhstan by population. It is located in the centre of the country and, thanks to its favourable location, has long been a cultural and historical centre of Kazakhstan. Perhaps this is the most cozy city in kazakhstan:  beautiful streets and neat construction have been preserved here as it was conceived in the very first general plan of 1934. In Karaganda, they are closely involved in the reconstruction of historical sites: streets, cultural buildings and residential buildings. There are especially many cultural monuments and national cultural centres in the city. Two camps, Karlag and ALZHIR GULAG, played a significant role in the cultural development of the city. Talented repressed people were serving their sentences in the camps, who even staged ballet on a professional level. After the regime was eased, many exiled people stayed in Karaganda.

After dreakfast at the hotel be ready for a half-day trip to Dolinka village – the former center of the Karlag correctional labour camp - one of the largest labor camps of the Gulag. Here You will have an excursion to Karlag museum, building of former Karlag administration, Maternity hospital and Mamochkino child cemetery and to the Spassk memorial, located in the place, where the former camp of prisoners of war was situated (160 km in total). After the sightseeing You will return to Karaganda for lunch and the go further to Excursion to the Karaganda Ecological Museum. After 1 hour in museum You will have some free time for purchasing souvenirs. After farewell dinner You will be transferred to the airport for departure flight. 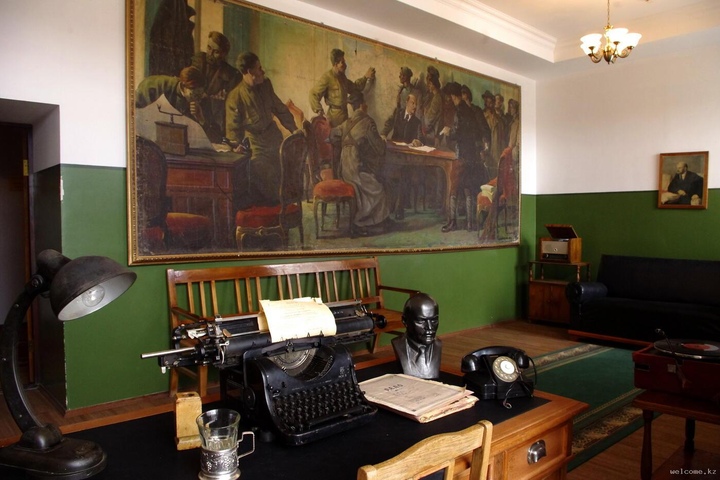 Karlag was one of the hundreds of camps collectively called Gulag that Joseph Stalin organised during the period of mass political repression. There were other camps in Kazakhstan, but Carlag stands out among all of them for its scale and importance. The administrative centre of Karlag was located 50 km southwest of Karaganda in the village of Dolinka. From here, the entire camp system, which occupied a huge territory and had a large number of branches in Central Kazakhstan, was managed. In Dolinka You can visit the Museum of the Memory of Victims of Political Repression, the Officers' House, the Technic House, the Maternity House and the Children's Cemetery, which keeps the remains of thousands of babies and is nicknamed the "Mamochkino" ("Mommy's Cemetery"), the building of the prayer house and numerous ruins of saman buildings once built by prisoners themselves.

Age restriction: 16+
A current valid passport is required on the day of travel.
A part of the tour lies through the territory of the former Semipalatinsk test site. A short-term stay in the places, being the key points of the tour offered, does not pose any hazard to health, provided that elementary safety regulations are followed. Accompanying staff possesses necessary knowledge and hardware for security protection .
Please advise any specific dietary requirements at time of booking (traditional local cuisine includes mostly lamb or beef, dough, milk products.