Flora and Fauna of Kazakhstan

Kazakhstan is a large country stretching from the Caspian Sea to the Altai, and from the Urals to the Tien Shan. It is not surprising that on this vast territory with a variety of natural and climatic zones there is such a different and unique fauna and flora.

Such a variety of natural landscapes implies the presence of rich and diverse flora and fauna. That is why there are unique animals and plants that are not found anywhere else.

Let's do it step by step.

The flora of Kazakhstan includes 68 species of tree species, 266 species of shrubs, 433 species of semi-shrubs and semi-grasses, 2,598 species of perennial grasses, and 849 species of annual grasses. About 500 species are endemics. This means that they can be found only in Kazakhstan, and only in limited areas. For example, here grows a tree-bush Haloxylon, specific to the Central Asian deserts, the wood of which is so dense that it sinks in water; an amazing creation of nature - Greig tulip (lat. Túlipa gréigii), petals which reach 12-15 cm (4.2-5.92 in), the famous blue Tien Shan firs, the wild Sivers apple tree (Málus sievérsii), which is considered the progenitor of all modern apple varieties.

Coniferous forests include pine, spruce, including the famous Tien Shan fir, fir, larch, and cedar. Of deciduous species, birch, aspen, poplar, and willow are widespread. Many shrubs: rose hips, meadowsweet, yellow acacia, and in the deserts there are Tamarix, juniper, sand acacia, and, of course, Haloxylon.

It may seem that there is little vegetation in the Kazakh steppes, but in fact, this is absolutely not the case. There grows feather grass, sheep fescue, Anabasis salsa, ferula, wormwood - plants perfectly adapted to life in the harsh dry climate. Plants with a strong root system, with leaves covered with thick skin take root here. Steppe shrubs, such as Haloxylon and turanga, sometimes form real forests with their own life in them.

In spring, the steppe blooms into a veritable carpet of color. Rare species of Schrenk tulips bloom in the steppe, in a variety of colors, from pure white to dark purple, through all shades of red and yellow. The very beginning of summer is when the red steppe poppy blooms.

Most of Kazakhstan's rare plants grow in specially protected areas: nature parks and nature reserves, where they are constantly monitored by specialists. For example, in the canyon of the Charyn River, in its lower reaches, grows a rare Sogdian (or as it is also called Turkistan) ash-tree. There is a real relict ash grove with an area of almost 500 hectares (1235.5 acres), and it stretches along the river for more than 25 kilometers (15.53 mi). The Sogdian ash grew here back in the Tertiary period, which is more than 25 million years ago. It is one of the few plants that managed to survive the ice age and remain in its original form.

The animal world of Kazakhstan is no less diverse than the plant world. Many animals that live here are included in the Red Book: for example, the irbis (or snow leopard), saiga antelope, gazelle, steppe bustard. There are such rare animals as the Ustyurt mouflon or urial, honey badger of the family of the Mustelidae, Brandt's (long-needle) hedgehog, and wild cats: manul, caracal, sand cat (Felis margarita), and the famous Asian cheetah.

The desert and semi-desert areas of Central Kazakhstan are inhabited by small saiga and gazelle antelopes, and in the west by the Ustyurt mouflon. These are unpretentious animals that are content with scarce steppe vegetation. Among predatory animals, wolf, corsac, and desert lynx caracal live here. There are a lot of rodents and small animals, such as gophers, jerboas, sand mice.

In the desert areas, you can find a lot of species of lizards and snakes, including those listed in the Red Book: round-headed lizard, saw-scaled viper (sand Aepha), cobra. Under the rocks hide dangerous insects: Central Asian scorpion and caracourt spider (Mediterranean widow).

The grass-covered steppes are inhabited by rodents: bobak marmot, steppe mottled vole, narrow-backed vole, and gophers. Among birds - bustard, little bustard, Eurasian Curlew, Gyrfalcon, Steppe Trickey, skylark, Steppe Eagle, Steppe, and Meadow Harrier. From the beginning of summer, herds of saigas and gazelles come here from the south to fatten, escaping the southern heat, and leave for wintering in the desert areas closer to the middle of autumn.

Western Kazakhstan is home to one of Kazakhstan's youngest reserves, the Ustyurt National Reserve, founded in 1984. It is home to such rare animals as the Ustyurt mouflon, Asian cheetah, saiga and gazelle, jackal, fox, Brandt's (long-needle) hedgehog, marbled polecat, and honey badger (ratel).
On the shores of the Caspian Sea, there is another red-listed animal: the Caspian seal. This is the only marine mammal in Kazakhstan. Their population today is no more than 400.000 individuals.

There are as many birds in the west as in other regions of Kazakhstan. Golden eagle, steppe eagle, snake eagle, vulture, peregrine falcon, saker falcon, eagle owl, gray crane, spoonbill, black-headed grouse, little white heron, sajas. On the shores of the Caspian Sea flamingo and red-listed Dalmatian pelican nest, there is a huge population of seagulls.

The Zailiisky Alatau (northern Tien Shan), the foothills of the Tien Shan, and the regions of Kazakhstan's Altai are no less rich in wildlife, and perhaps even more so. That is why we shall dwell only on the rarest and unique representatives of the animal world. Let's start with the small ones: for example, the Danata toad and the Central Asian frog are listed in the Red Book of Kazakhstan. The Steppe Viper, the Gloydius, and the Central Asian Aepha are neighbors with them. The mountain rivers of Dzungarian Alatau are home to rare rainbow trout: fishing enthusiasts can buy a license to catch them.

On the border of Almaty and East Kazakhstan regions is Lake Alakol and the reserve of the same name, which is home to a huge number of rare birds - this is a real ornithological reserve. On the shores of the lake nests a rare relict gull, a red-listed Dalmatian pelican, a black crane, and many others.

National Parks and Reserves of Kazakhstan

Kazakhstan cherishes the preservation of unique flora and fauna. 10 nature reserves and 13 national nature parks have been opened in the country, and two more nature parks were planned to be opened by 2020, but, they are still in the planning stages.

It was planned to open two more national parks by 2020, but they are still in the planning stages:

The professionals of most travel agencies in Kazakhstan will help to organize tours to national nature parks or nature reserves for wildlife lovers. 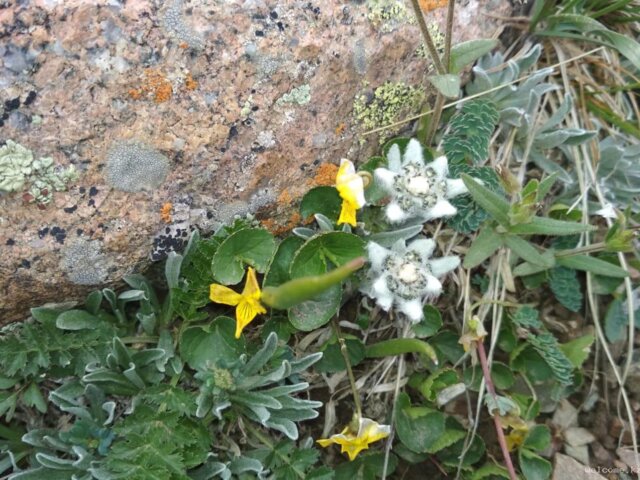 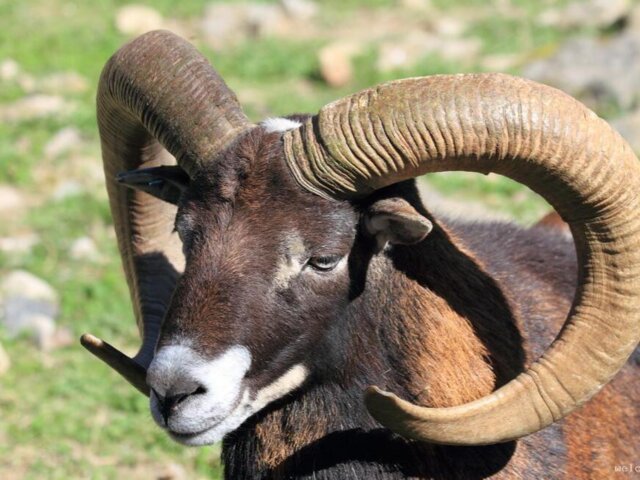 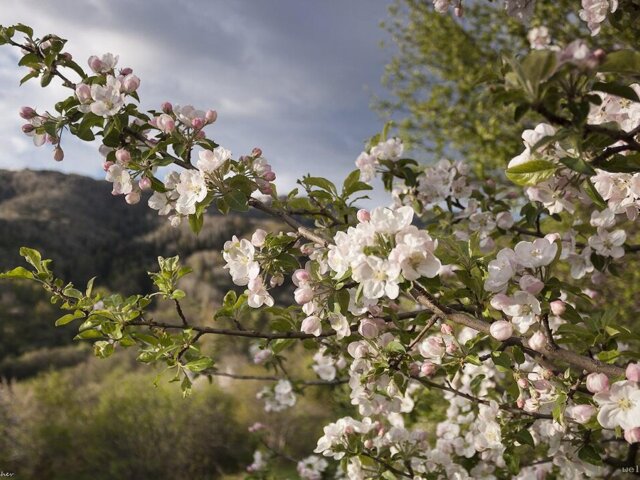 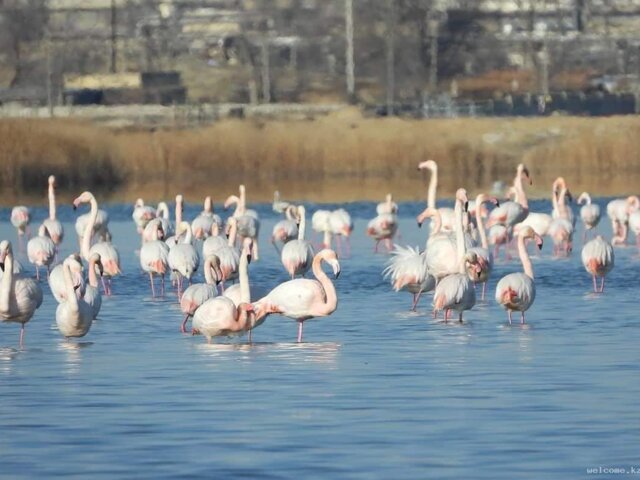 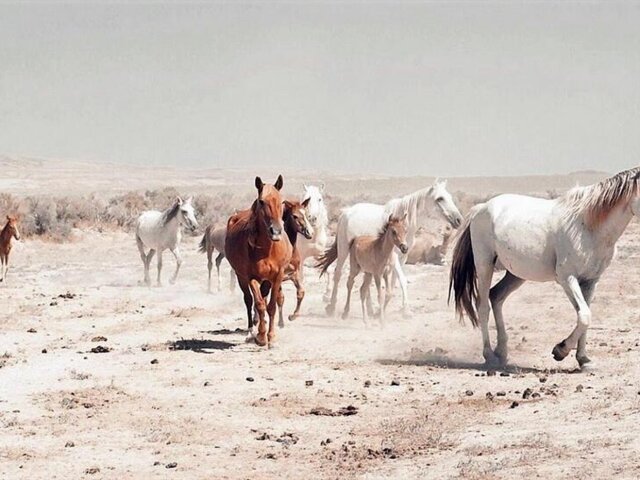 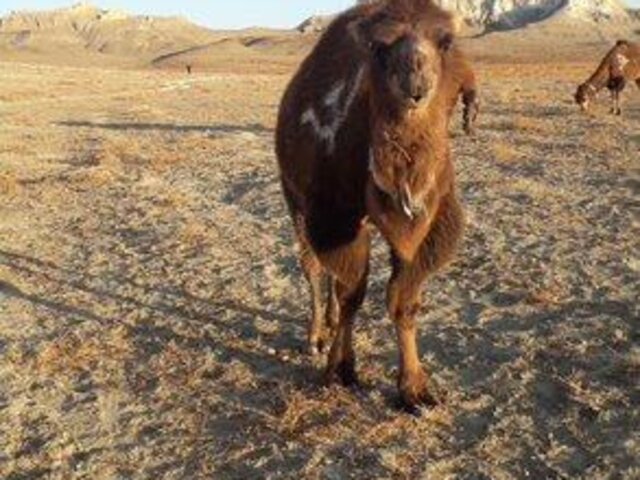 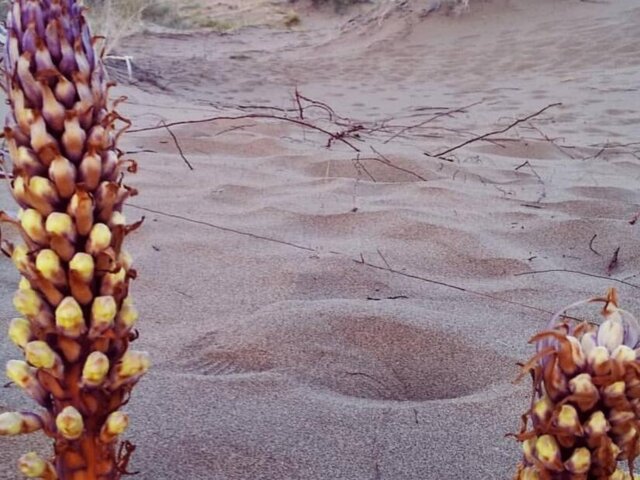 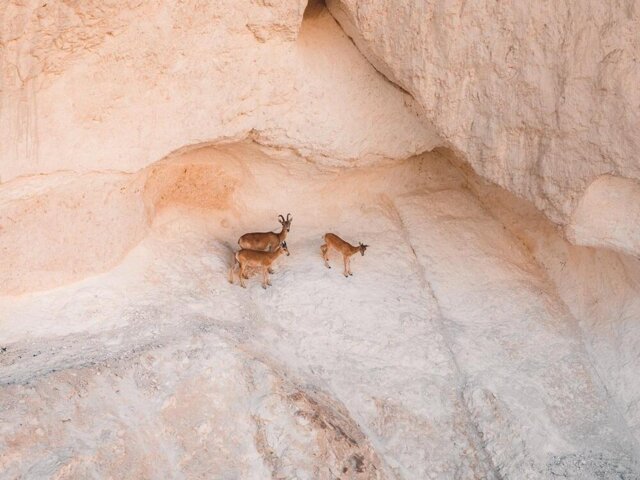 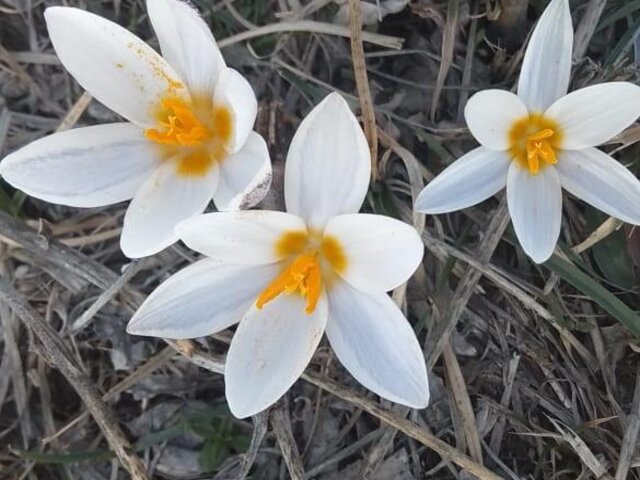 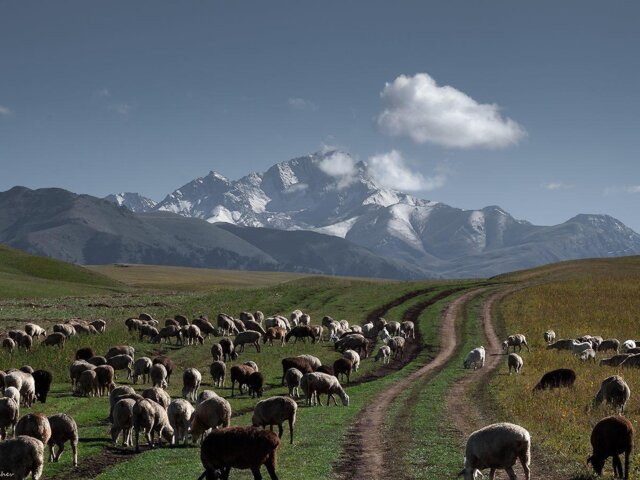 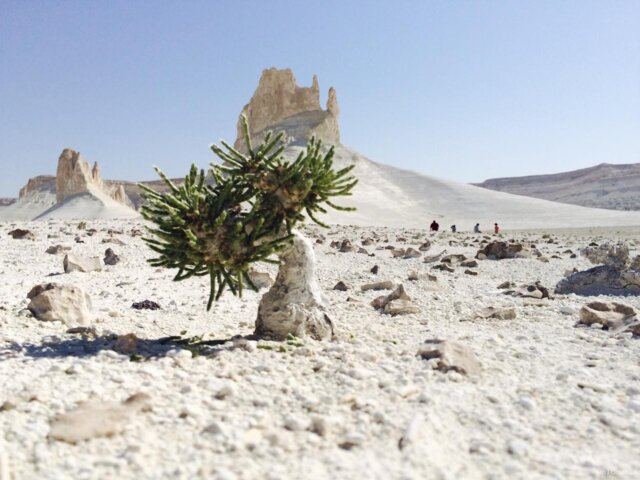 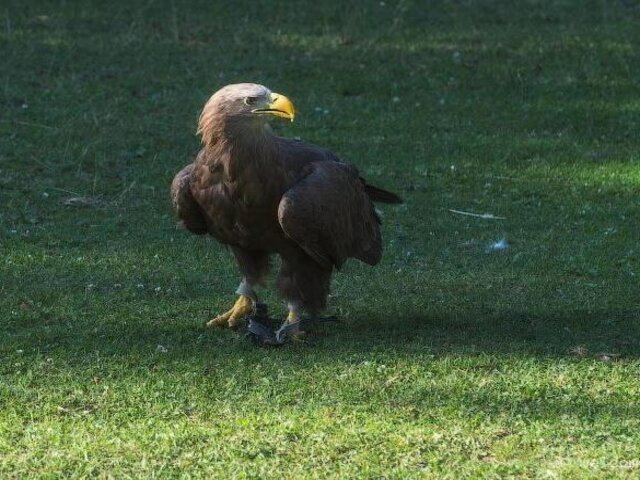 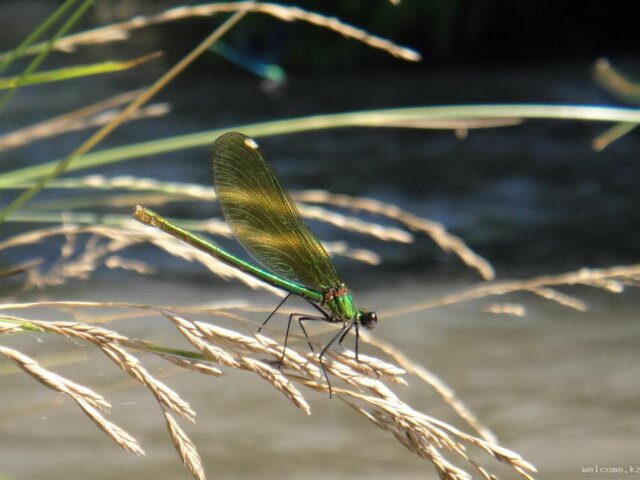 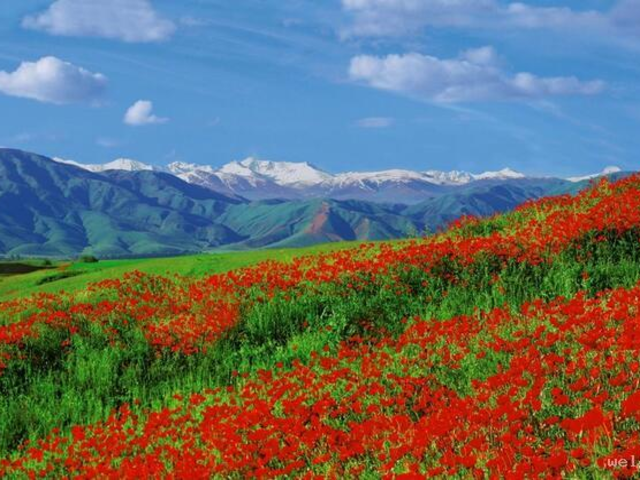 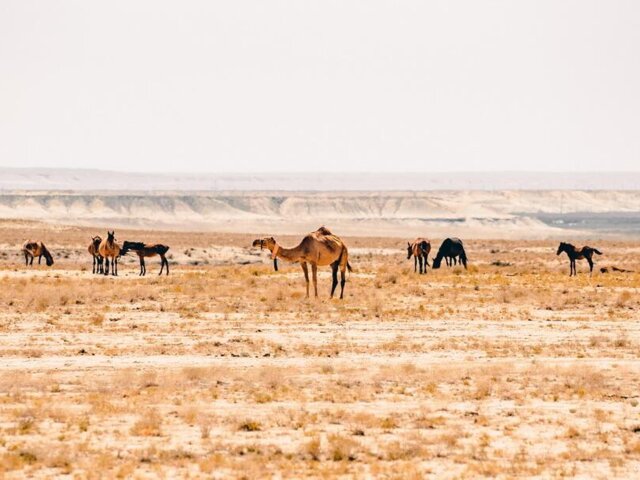 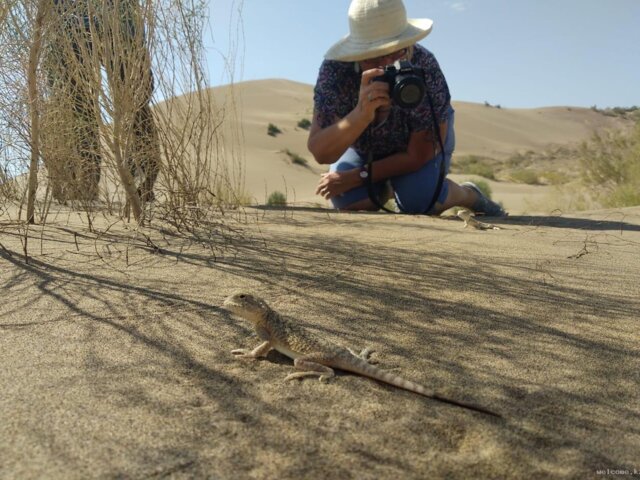 Kazakhstan cherishes the preservation of unique flora and fauna....